If you’ve always wanted an Apple Watch but hesitated because of the high price, you should take a look at the new Apple Watch SE. The cheap smartwatch offers almost all the functions of the Apple Watch Series 6, which was released almost at the same time, has a great display and a fast processor – and at an attractive price. It is offered in three different colors and with and without LTE. With the SE version, Apple offers a mid-range smartwatch that is clearly superior to the even cheaper Series 3. We reveal what it can and cannot do. 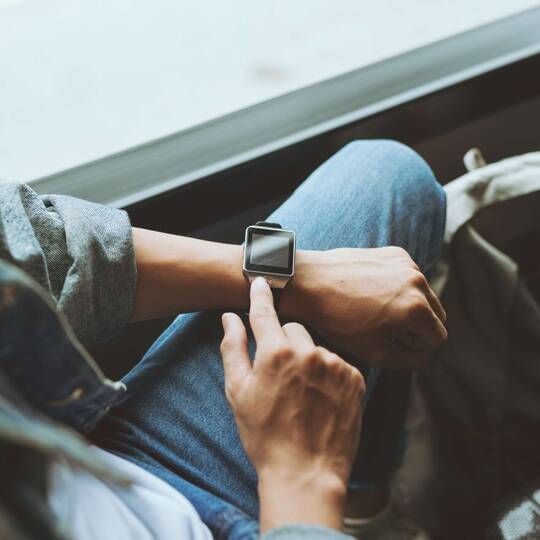 In addition to the Apple Watch Series 6, Apple recently introduced the Apple Watch SE for those who are looking for a cheap alternative that still offers all the important functions. With a few exceptions, it is identical to Series 6.

The case is waterproof and is made of 100% recycled aluminum; this model is not offered with a stainless steel or titanium case. Customers can choose from silver, gold, and gray, while the new colors for blue and red are limited to Series 6. But there are Nike models.

What the display of the Apple Watch SE lacks, however, is the always-on function. However, this increases the battery life – it should be up to two days if the watch is not used for sports. Incidentally, it takes 2.5 hours to fully charge, an hour longer than the Series 6. To activate the display, you have to tap it or raise your arm. Otherwise, its appearance is similar to that of the Apple Watch 6. The manufacturer has not cut back on legibility and brightness.

However, there are differences between the SE and the 6-version version in terms of the processor. The cheap smartwatch works with the dual-core S5 chip from the Apple Watch Series 5 and not with the S6 chip. This does not affect the speed – the watch is always ready immediately, there are virtually no loading times. Compared to the processor in the 3-series model, it is twice as fast – a quantum leap.

The Apple Watch SE has the same optical heart rate sensor as previous models. It can detect low or high heart rates and abnormal heart rates, monitor health issues such as atrial fibrillation, and send notifications when abnormalities are found. However, the watch does not measure the EKG or the oxygen saturation in the blood because it does not have the necessary hardware.

You don’t have to do without a gyroscope and accelerometer. Steps, floors, calories – everything can be tracked. Sleep analysis, fall detection and emergency calls (even international with LTE) are possible. Apple believes it has its finger on the pulse with the 20-second timer for hand washing , which you can also be reminded of. Thanks to watchOS 7, it starts automatically when the watch hears water noise and the hands are moved. However, the function also seems to trigger other household activities. If that’s annoying, you can simply deactivate it. 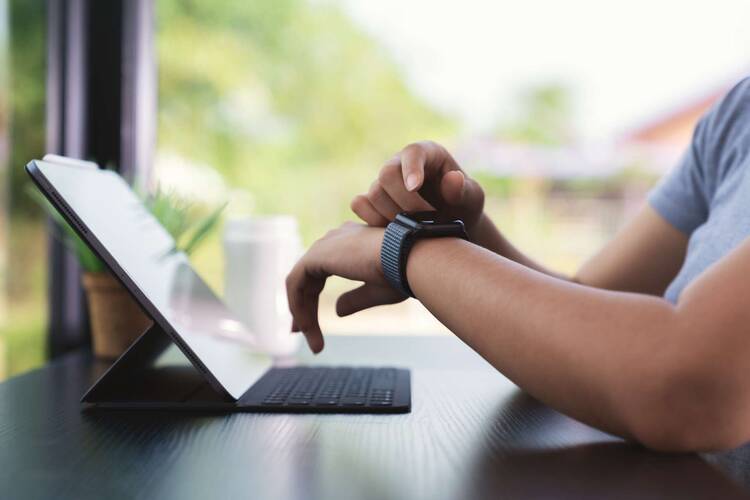 In other areas, too, the Apple Watch SE is by no means a slimmed-down cheap smartwatch. It supports Apple Pay via the built-in NFC chip and can stream or save Apple Music. The Apple Store has numerous cool, practical, and interesting apps for the clock. News, reminders, and appointments – all of this can be viewed on the watch. The Siri voice assistant has also been integrated. A button on the side can be used to call up frequently used apps, confirm Apple Pay purchases, and much more.

Apple sells Apple Watch SE models with LTE and GPS as well as only with GPS. Therefore, there is the option of using the watch with its own SIM and using the new family setup. The latter is useful, for example, if the smartwatch is used by a child without their own iPhone and certain restrictions are imposed by the parents (screen-free time, communication limits, etc.).

A digital crown is available on the side of the Apple Watch for navigating through the menus. It is equipped with haptic feedback that provides a precise feeling when scrolling. Depending on the SE model, the Digital Crown looks different: LTE models have a red ring to signal the LTE functions, while the GPS models do not have such a ring.

The equipment is completed by a compass and always active altimeter, loudspeaker and microphone of the 2nd generation, noise monitoring, Bluetooth 5.0 and 2.4 GHz WLAN.

Compared to Series 3, the SE has many additional functions on board. Compared to the Series 6, which is at least 100 euros more expensive depending on the version, customers do not have to do without a lot. If ECG, blood oxygen saturation, and always-on display are not so important to you, the new Apple Watch SE is an affordable smartwatch with an excellent price-performance ratio. It costs 290 euros in the small and 320 euros in the larger version.

No comments to show.